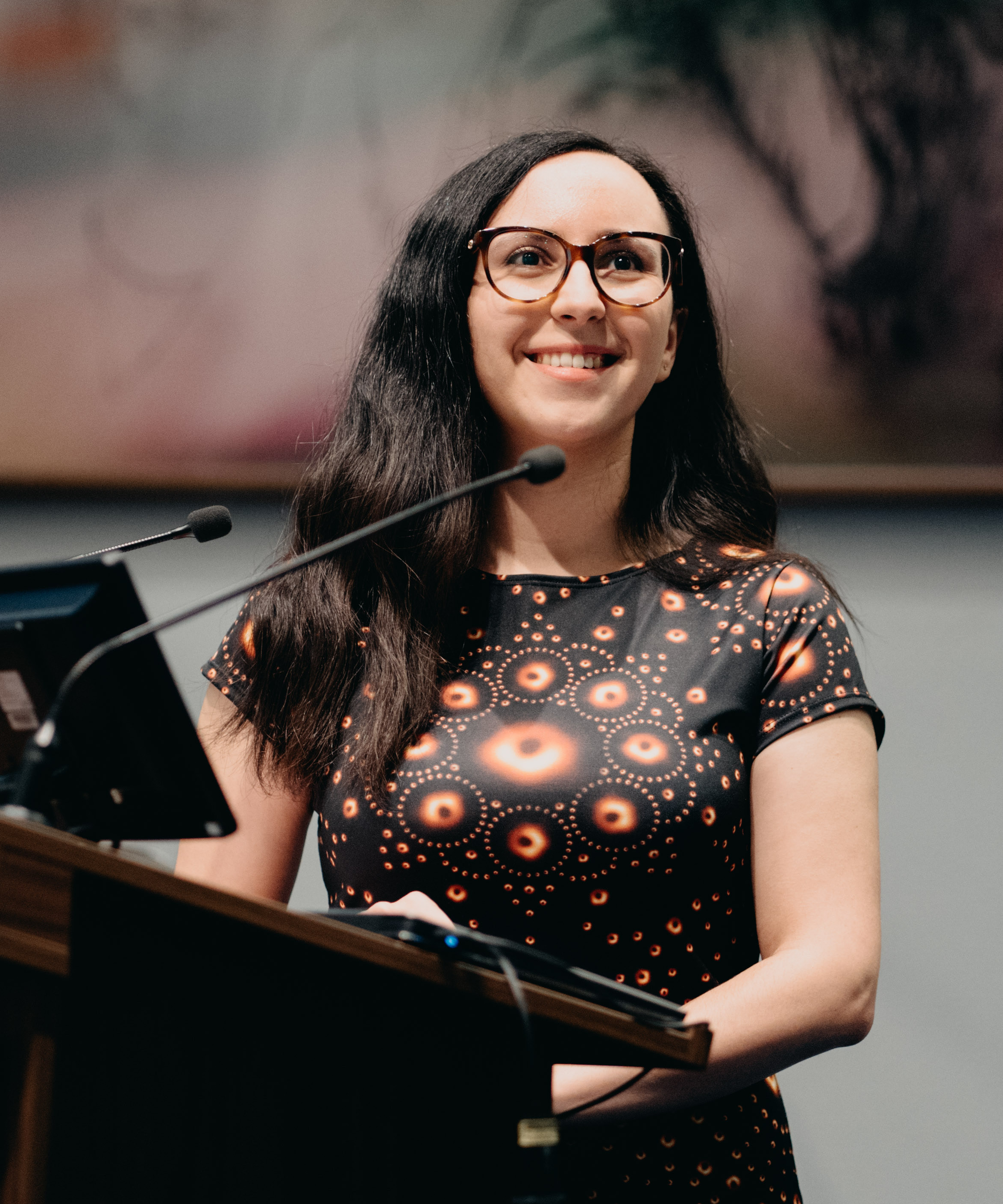 I am a NASA Einstein Fellow, observational astronomer, and member of the Event Horizon Telescope (EHT) Collaboration. My research centers around the collection, calibration and analysis of millimeter-wave radio observations of supermassive black holes. Supermassive black holes generate the highest energy processes in the known Universe, ejecting jets of plasma affecting galaxy environments on large scales, but their dynamics and emission mechanisms remain shrouded in mystery. I make use of global networks of radio-telescopes to image and study the immediate surroundings of the supermassive black holes at the centers of our Galaxy and the galaxy M87. I am a leading contributor of the data calibration and imaging efforts that led to the first image of a black hole released by the EHT in April 2019. My research specialty is Sagittarius A*, the supermassive black hole at the center of our Milky Way. I aim to expand millimeter-wave radio imaging capabilities and forge strong connections between the first images of supermassive black hole shadows and physics probed by partner facilities across the electromagnetic spectrum. Currently, tests of General Relativity via black hole imaging with the EHT are limited by astrophysical uncertainties of the surrounding accretion flow. We can sharpen these tests using panchromatic studies of these complex environments. Multi-wavelength constraints on accretion flow properties will critically inform the scientific interpretation of images of black hole shadows, our understanding of jet-launching mechanisms, black hole spin measurements, and, ultimately, precision tests of General Relativity.

Born in Algeria, I spent my childhood in Montreal, Canada, and my teens in the Netherlands. I received a BSc in Physics from McGill University in 2015, and an MSc in Physics & Astronomy from Radboud University in 2017. During my graduate studies I was a visiting Predoctoral Fellow at the Center for Astrophysics - Harvard & Smithsonian in 2018, supervised by Dr. Michael Johnson. I obtained my PhD degree in Astrophysics at Radboud University under the supervision of Prof. Heino Falcke. I am currently a NASA Einstein Fellow at the Harvard & Smithsonian Center for Astrophysics.